5
Understanding What Data Scientists Do

6
Become an Employer of Choice

7
Optimize Your Recruiting and Retention Tactics

Understanding What Data Scientists Do

Data science is a new career field. But most employers are trying to build up their data science teams by using traditional recruiting and retention methods. Many companies fail because they don’t understand what data scientists actually do. Others don’t realize the difference between a candidate whose only credential is an online certificate and a candidate whose skills can launch the company ahead of the competition.

So let’s talk about data scientists and what makes them tick.

Data scientists love their work. So let them do it.

Data scientists are attracted to the field because they love discovering new ways to solve hard problems. They love the scientific method and embrace the challenges that come with creating something new. This isn’t a career; it’s a calling.

Too many employers build a data science team and then assign them to create dashboards, do IT integration work, clean data or . . . anything but data science.

Are your data scientists doing data science? Are you sure?

Before you hire data scientists, make sure you need them. After you hire them, let them do what they love most: their work.

Make learning a foundational part of the job

Quarter after quarter, there’s new tech that could do your job much quicker than you did it in the past. And if you don’t keep up with that, you’re just going to be outpaced and beat by people using those tools. You really have to stay on top of what’s available.”
‍
Eric Hilton
Senior Data Scientist,  Cityblock Health

Continuous learning is critical in every technical career, but the rate of change for data science is significantly faster than in traditional software engineering or IT.

A good software engineer can learn foundational skills in about 10 years. They can use this knowledge to adapt quickly to new languages, tools, and design patterns. Rarely does a software engineer need to learn a completely new way to solve problems. But imagine if a new paradigm like object-oriented programming were released every month. That’s the magnitude of challenge that data scientists face, and it’s why learning is the job.

In data science, foundational knowledge changes continuously. The data scientists we surveyed reported that they spent an average of 10 hours per week learning their craft. It isn’t a matter of learning how to use a new machine learning model. It’s learning a new way to think about problems and how to solve them.

Most data scientists believe their skills would atrophy in less than a year if they weren’t constantly learning. Because many AI projects take multiple years to complete, your data scientist might need to work on the same problem while the technology’s possibilities are bounding forward. This situation increases the risk of turnover in your team, and you need to be on guard for it.

Few employers understand why a data scientist’s job is to learn. Be different. Rotate data scientists between projects. Provide time to learn new skills or explore a novel approach to a current problem. Attend their presentations and ask questions. Give them opportunities to try new techniques. Celebrate the results.

These investments will more than pay for themselves if they improve your retention rate.

I think generally the data scientists I’ve worked with throughout my career do understand the responsibility that comes with being a decision-maker or at least supplying the insights to the decision-makers, and that kind of goes back to the immaturity of the field. There is no code of ethics or a regulation equivalent to the Hippocratic oath for [AI].”
‍
Eric Hilton
Senior Data Scientist,  Cityblock Health

I think generally the data scientists I’ve worked with throughout my career do understand the responsibility that comes with being a decision-maker or at least supplying the insights to the decision-makers, and that kind of goes back to the immaturity of the field. There is no code of ethics or a regulation equivalent to the Hippocratic oath for [AI].”

Integrate your data scientists into your AI ethics program. Ask them to evaluate the ethical issues and risks associated with their work.

You’ll increase both your insights and your data scientists’ job satisfaction. 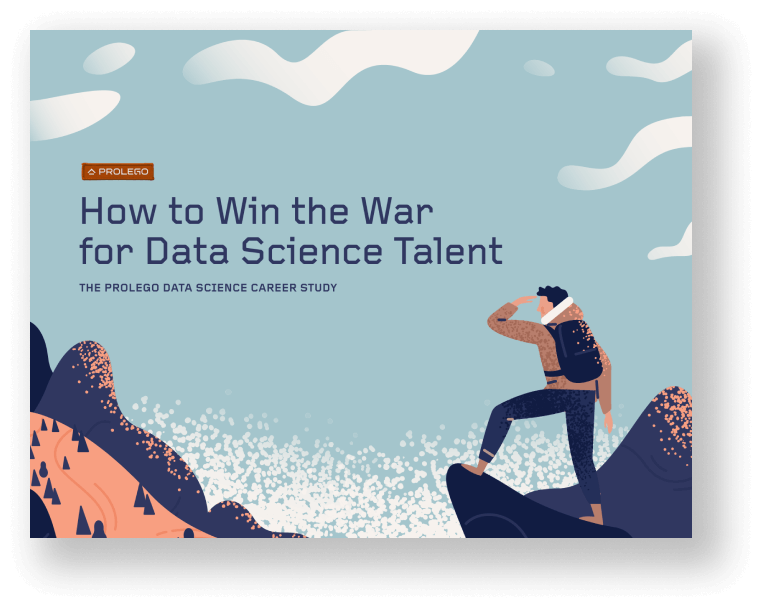